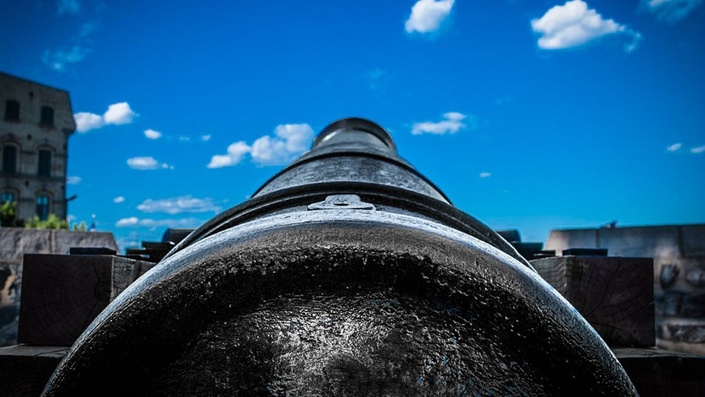 Crush It On Kickstarter

How to Set Up, Market, and Deliver Your Campaign for Success

Kickstarter is a cruel mistress. On one hand, it's given creatives the ability to launch products directly to their audience. On the other, the competition is fierce and launching a successful project gets harder each and every day.

Luckily, there's a ton of information on how to succeed on Kickstarter. Unluckily, all that information is overwhelming and makes developing a plan take forever.

Even worse, every minute you waste is a minute you fall further behind your peers.

Enter Crush it On Kickstarter.

I've raised over $70,000 over seven successful Kickstarter campaigns, including back to back campaigns that raised over $25,000 each, and now I want to teach you how to do it, too!

This course is everything you need to get started on Kickstarter and crush your goals without a massive time commitment.

Crush it on Kickstarter is broken up into bite sized chucks packed with everything you MUST know to have success, without any fluff.

In this course you'll learn:

I've worked with conventions and school across the country teaching creatives how to build better business and launch more successful Kickstarter campaigns. Here are some of my past clients. 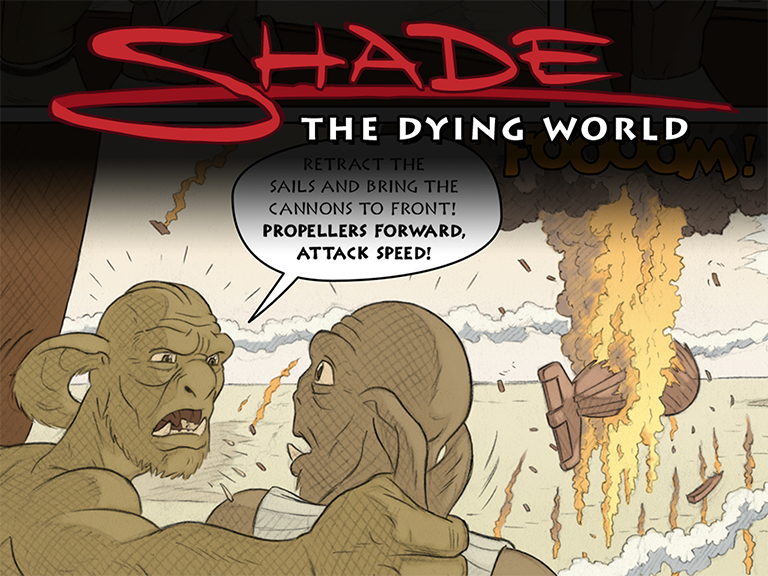 Russell's advice was instrumental in making my Kickstarter a success. He identified my campaign's strengths and weaknesses so I could fine-tune its trajectory, and helped me to focus my outreach and efforts on what was most effective in reaching my goal. As someone with his experience he knows what he's talking about. I'd recommend his guidance to anyone who wants to see their Kickstarter get funded.

I've raised over $70,000 on Kickstarter across seven campaigns. This course is the distilled knowledge from those campaigns, all in one place. 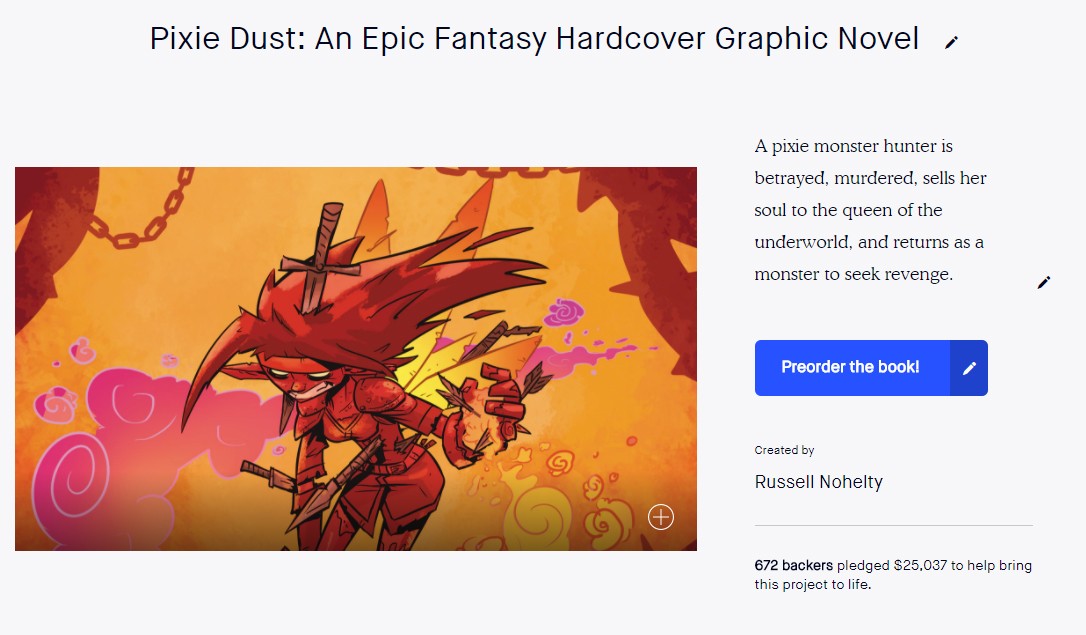 My project before that, Monsters and Other Scary Shit, raised $27,620 from 624 backers. 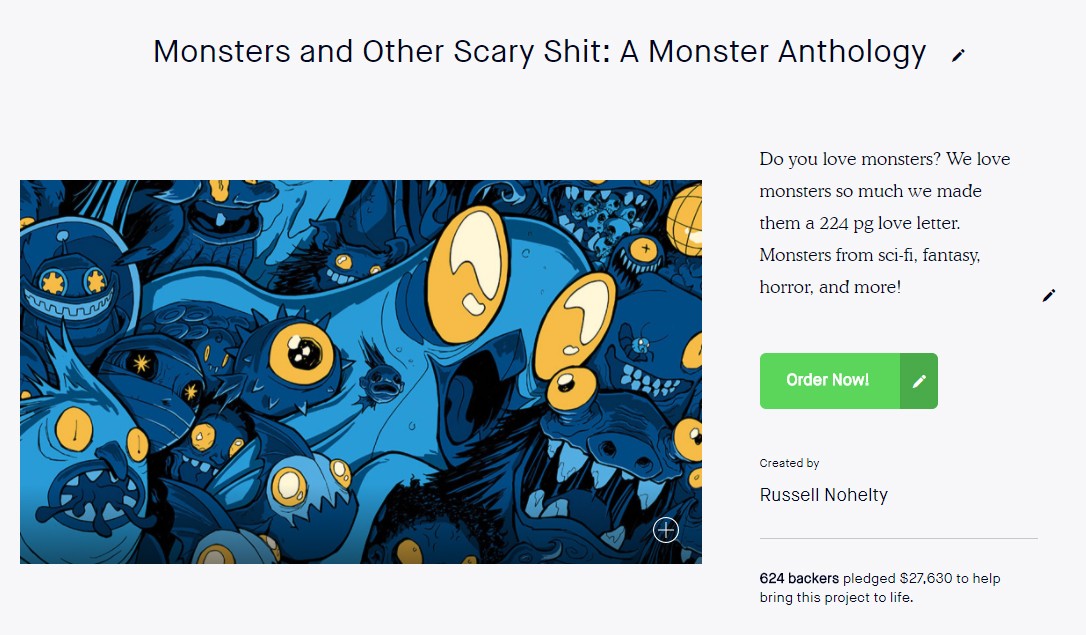 Everything looks great now, but It wasn't long ago that I struggled to have success.

In 2014, I had no idea how to launch a campaign. I was clueless about raising even one dollar for my projects.

I looked up at people who could raise $20,000+ on Kickstarter as my idols. Now, I am one of those people.

And you could be too.

I'm not a special snowflake. I just accumulated the knowledge necessary to put the right plan into action, and then acted on it. You can do that, too. Crush it on Kickstarter can help.

Only six percent of campaigns ever raise over $20,000. I did it twice in one year. The best part is that once you have the knowledge, you never lose it. You can implement it again and again forever.

And I want to impart all my wisdom to you, so you can crush you own goals and stop struggling to succeed.

This is a course for everybody passionate about bringing their Kickstarter game to the next level. Whether you are a Kickstarter newbie or a seasoned pro, you'll learn a ton in this course. 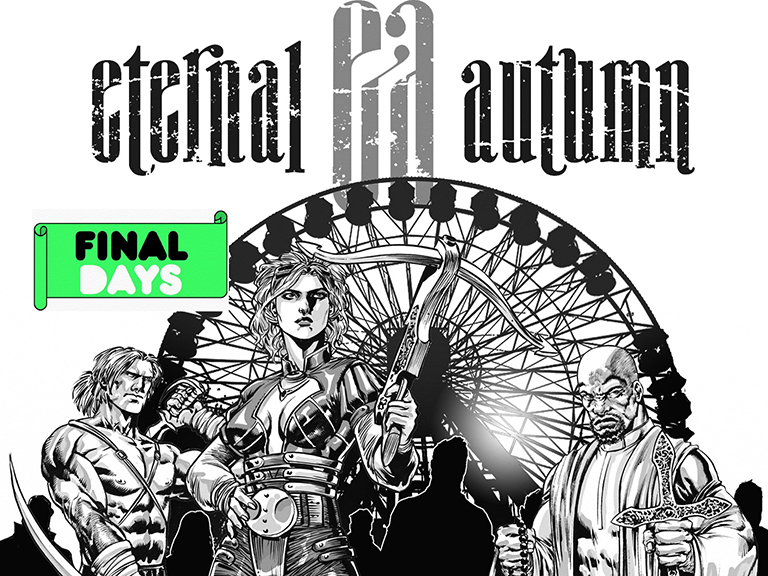 Russell really understands the finer points of how to run a successful Kickstarter campaign. His advice was invaluable towards tweaking the campaign for Eternal Autumn to maximize our potential. He's also got tremendous outreach into the community because of his previous successes. It's not enough to just put your project on the Kickstarter website. You have to drive eyes and traffic through promotion to a well thought out page. Russell is an expert in both areas.

This course contains over two hours of videos packed with content, and it will save you months of research.

After this course, you WILL be able to run an effective and profitable campaign and build on that success again and again into the future, using Kickstarter...and beyond.

The question I have for you is this:

How much is it worth to have the entire Kickstarter process laid out for you with just a couple hours?

Because that's what you are exchanging here, money for time.

By the end of this course, you will have the plan you always wanted from somebody that's been to the mountaintop, throwing a lifeline back down to pull you up.